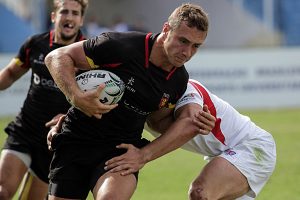 This July the world is coming to Swansea with the FISU World University Championship Rugby Sevens tournament!

With Rugby Sevens making its debut this year in the Rio Olympics in August, this is a great way to kick off an exciting summer of sport and see the next Olympians in the making.

The level of competition will be at its greatest this year, with Team GB men defending their title. The tournament includes both men’s and women’s teams from across the globe including New Zealand, Australia, Japan, Canada, France and Argentina!

As well as getting to watch the very best in Rugby 7s competition, event spectators will also get to take part in a whole host of exciting activities in a fun-packed Spectator Village.

On Thursday (7th July) and Friday (8th July) we are offering students complementary entry to the tournament with a valid student ID shown at the gates. Games begin at 9am and run until 18:35 both days. Saturday (9th July) will be the semi-finals and finals with tickets £3-£5.

Join us this July and welcome the world to Swansea while enjoying world class Rugby! For more information please go to http://wucrugby2016.com/

Posted In: Events: What's on?, Messages