Student learning and research facilities at Swansea University will be transformed under a new investment programme backed by the European Investment Bank (EIB). 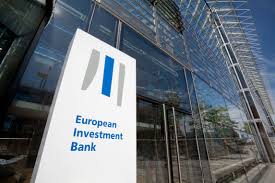 The next wave of Swansea University’s ambitious campus development programme to be supported by the EIB includes further space optimisation at the Singleton Park Campus to enhance the student experience, refurbishment of the Grade 2 listed Fulton House and Wallace Buildings to upgrade specialised laboratories, and redevelopment of the Talbot Building.

The scheme will also transform the student learning, social, and support spaces to better cater for modern study practices and deliver an enhanced student experience.

The campus development programme also includes construction of a new Computational Foundry at the Bay Campus, which is part funded by the European Regional Development Fund through Welsh Government.

The new 25 year EIB loan follows successful completion of the new Bay Campus, which was supported by a previous £60 million loan formally agreed during a visit to Swansea in 2012 by First Minister Carwyn Jones.

The Bay Campus was constructed in less than 26 months and is already delivering significant impact for the region with Swansea University seeing a 20% intake in student and staff numbers, and a 120% increase in new research projects awarded since 2012.

A key focus of the new investment programme is the sustainability of the built environment including reducing energy use through improved energy efficiency and all new buildings will be constructed to BREEAM Excellent standard or better.

Professor Richard B Davies, Vice-Chancellor of Swansea University, said: “This is a massive vote of confidence in the University for what we have already achieved and our plans for taking the strong upward trajectory of the University even further.

“Developments planned on our Singleton Park Campus include new student facilities, refurbishment of the Grade 2 listed Fulton House and Wallace Buildings including upgraded specialised laboratories, and improvements to the Library.

“We are also embarking on Phase 2 of our Bay Campus, including a Computational Foundry, which will transform Swansea and Wales as a global destination for computational scientists.

“These exciting projects are part of our ambition to build on our current and growing success, improving student experience still further and increasing our collaborative research links with industry, and becoming a powerhouse for the regional economy.”

“The EIB is pleased to have helped finance the new Bay Campus and we look forward to supporting transformation of the Singleton Park site and backing new research facilities on the Bay Campus under his new initiative through a new £60 million loan.

“Students and staff at Swansea University and the people of South Wales should be proud of the University’s continued development and impressive track record.

“Over the last decade the EIB has provided more than £1.6 billion for investment by 28 universities across the UK, and Swansea stands out as a genuine flagship that provides a model for leading institutions across Europe to follow.”

Posted In: Events: What's on?, Messages