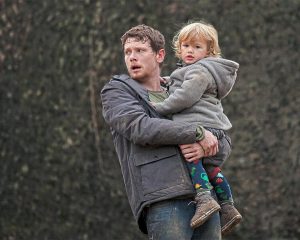 A short film about a family, led by their confident and caring father, heads out on what appears to be a holiday. However it slowly becomes clear that they are in fact leaving the security and safety of a leafy suburb to cross Europe and make their way into the middle of a war zone.

The story follows a man who returns home to discover a long-buried family secret, his attempts to put things right threaten the lives of those he left .behind years before. It features the gulfs in class and gender typical of Ibsen.

HOME WILL BE SCREENED IMMEDIATELY PRIOR TO THE SCREENING OF THE DAUGHTER (tickets are NOT required to see Home. Tickets are required for The Daughter only)

The true story of the New York heiress and socialite who obsessively pursued her dream of becoming a great opera singer. The voice she heard in her head was beautiful, but to everyone else it was hilariously awful.

Early summer in a village in Northern Turkey. Five free-spirited teenaged sisters splash about on the beach with their male classmates. Their innocent fun is considered illicit, and they aresubjected to endless preparations to make them perfect brides.

Tapas is served at the bar until 7pm (No need to pre-order)
Laments, Czardas’ and Szaporas from the Transylvanian region of Kalotaszeg with the beautiful voice and violin playing of Tcha Limberger.