The James Bartley Prize in English Reading is awarded by the Senate of the University to the student who attains the highest standard in English reading in a competition open to all students in the University. The competition will be held on the above date. Competitors will be required to read a passage selected by the adjudicating panel.

The prize is of the value of £60, to be spent on the purchase of books. The student awarded the prize will be expected to read the English authorisation and poem at the Degree and Award Congregations. Please note that the prize will not be awarded unless sufficient merit is shown.

If you wish to enter the competition, please can you inform Elaine Secker by email at, e.secker@swansea.ac.uk as soon as possible and to arrive no later than 12 noon on Friday 9 March 2018

Come and have a say in creating a Parliament for Wales

Are you interested in Welsh politics? Do you care about the future of Wales?

The proposed changes include:

The event will take place on Monday, 12 March 2018 at the School of Management between 6 PM and 7 PM.   The proposed agenda is as follows:

For more information about the event and to register, visit the Eventbrite site. 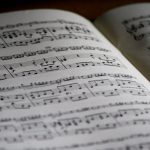 The next Bay Campus music practice room inductions will take place from 3pm-4pm on Wednesday 7th March.  The induction process will take little over 15 minutes. All those wishing to attend must register for one of the 4×15 minute timeslots using their University email address via this link:

Posted In: Events: What's on?, Misc Supported by the Institute for Modern Languages Research, University of London

Hüseyin Tabak (b.1981) is a German film director of Turkish-Kurdish heritage who has worked extensively in Austria. He has made three films to date, two of which will be presented on his visit to Wales.

Das Pferd auf dem Balkon / The Horse on the Balcony (2012) is an adaptation of the children’s novel of the same title by the Serbian-Austrian novelist Milo Dor (1923-2005). Set in Vienna it centres on a ten-year-old boy with Asperger’s Syndrome named Mika who lives alone with his mother. He has no friends except Dana whom people take to be Indian on account of her complexion but whose family is gypsy. Mika and Dana find themselves caught up in an adventure to save a horse named Bucephalus who was won by their neighbour Sascha, a gambler, and has to be sold to pay off his debts to two unscrupulous petty criminals. Mika immediately finds an affinity with Bucephalus and discovers that his special skill with numbers could be put to good use by Sascha in the casino. The film is about identity and difference and the emphasis is on the comic rather than the didactic. In 2015 Das Pferd auf dem Balkon was adopted on to the new syllabus of the Welsh Joint Examination Council (WJEC) and has so far proved popular with schools.

Deine Schönheit ist nichts wert / Your Beauty is Worth Nothing (2013) won the Austrian Film Prize in 2014 and was acclaimed in both Germany and Turkey. It takes its title from a famous lyric by the Anatolian folk poet and singer Asik Veysel (1894-1973): ‘Your beauty is quite worthless unless I love you’. The film is about a Kurdish-Turkish family who have been living in Vienna for six months hoping to regularise their status and are struggling with the language and culture of their new environment. The father has served a prison sentence for his membership of the Kurdish guerrilla army the PKK, the elder brother disowns him as a loser and wants to be Turkish like his mother, while the younger brother and main character, who is named Veysel after the famous singer, finds himself caught in the middle of a family drama and marginalised at school because of his poor language skills. He is smitten by a class-mate called Ana whom he wants to impress by reciting his namesake’s eponymous poem in front of their class and in what he takes to be her native language. Her family, however, are in fact from the former Yugoslavia and their claim to residency in Austria is also highly precarious. The film is about identity, the politics of belonging, and language.

The School of Law invites all staff and students to a screening of Suffragette, the 2015 British historical drama film about women’s suffrage in the United Kingdom, directed by Sarah Gavron and written by Abi Morgan. The film stars Carey Mulligan, Helena Bonham Carter, Brendan Gleeson, Anne-Marie Duff, Ben Whishaw, and Meryl Streep.

Refreshments will be served from 4pm in the Atrium with the film starting at 4.15pm. Donations for these will go to Welsh Women’s Aid.