Will you make one promise for World Heart Day?

Next week, citizens across the world will promise to make one change to improve their heart health or the heart health of others. Written promises posted on social media will demonstrate a commitment to change! END_OF_DOCUMENT_TOKEN_TO_BE_REPLACED

Swansea University has risen six places into the UK top 30 in the prestigious Times and Sunday Times Good University Guide 2019 – its highest ever position.

The University’s strengths in terms of graduate prospects and student satisfaction have been a major factor in this year’s ranking success, taking Swansea into the overall top 30 for the first time since the first edition of the guide was published in 1993.

These latest accolades in The Times and Sunday Times Good University Guide follow a year of unprecedented successes that has seen Swansea University:

“Swansea’s success as Welsh University of the Year and runner-up for the UK title is an acknowledgement of the sheer scale of the positive transformation undergone by the university in the past five years.

“Physically, it is practically unrecognisable from the institution it once was, while academically, it is building on previous strengths and developing new ones. The new campus is one of the best in Britain and now significant upgrades are being made to the original campus at Singleton Park. Small wonder that enrolments are at record levels.”

“This has been a phenomenal year in terms of recognition for Swansea University. These achievements are all clear indications of the commitment and dedication of my colleagues across the University, who work tirelessly to ensure that what we offer our students is the very best, in all aspects of their university life.

“Our accolades also reinforce our position as a high-performing, global university that delivers top quality teaching, world-leading research, and a superb student experience. Not only is Swansea the best university in Wales, it is among the UK’s top institutions and is leading the way on the world stage.”

The Times and The Sunday Times Good University Guide 2019 will be published in The Sunday Times on Sunday 23 September, with further supplements and subject guides in the Times on Monday 24 and Tuesday 25 September. These will focus on the best universities for teaching quality and student experience and the universities that come top in different subject areas.

Volunteers needed for ‘University of Year’ Drone footage today at 6.15pm at the Meadow 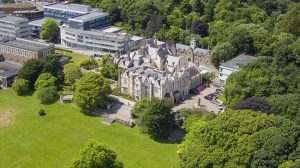 We have been shortlisted for ‘University of the Year’ by the Times Higher Education Awards and we want you to be part of our promotional video to showcase Swansea.

We need around 80 students to form a heart on the Meadow in front of the Abbey Building at 6.15pm this evening, as we have a drone flying over to film this. END_OF_DOCUMENT_TOKEN_TO_BE_REPLACED

New Books For FREE Across Swansea!

Join Our Mission to Get Swansea Uni Cycling: Become a Ride Leader Now! 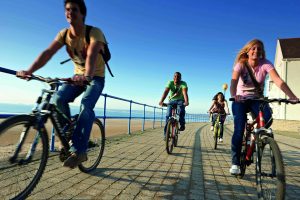 We’re delighted to have teamed up with Welsh Cycling (part of British Cycling) and would like to invite staff and students to apply to become Ride Leaders for the University.

We are looking for 10 Ride Leaders in total. You don’t need to be an expert, or a competitive rider; just someone who has enthusiasm and wants to support beginner riders. END_OF_DOCUMENT_TOKEN_TO_BE_REPLACED